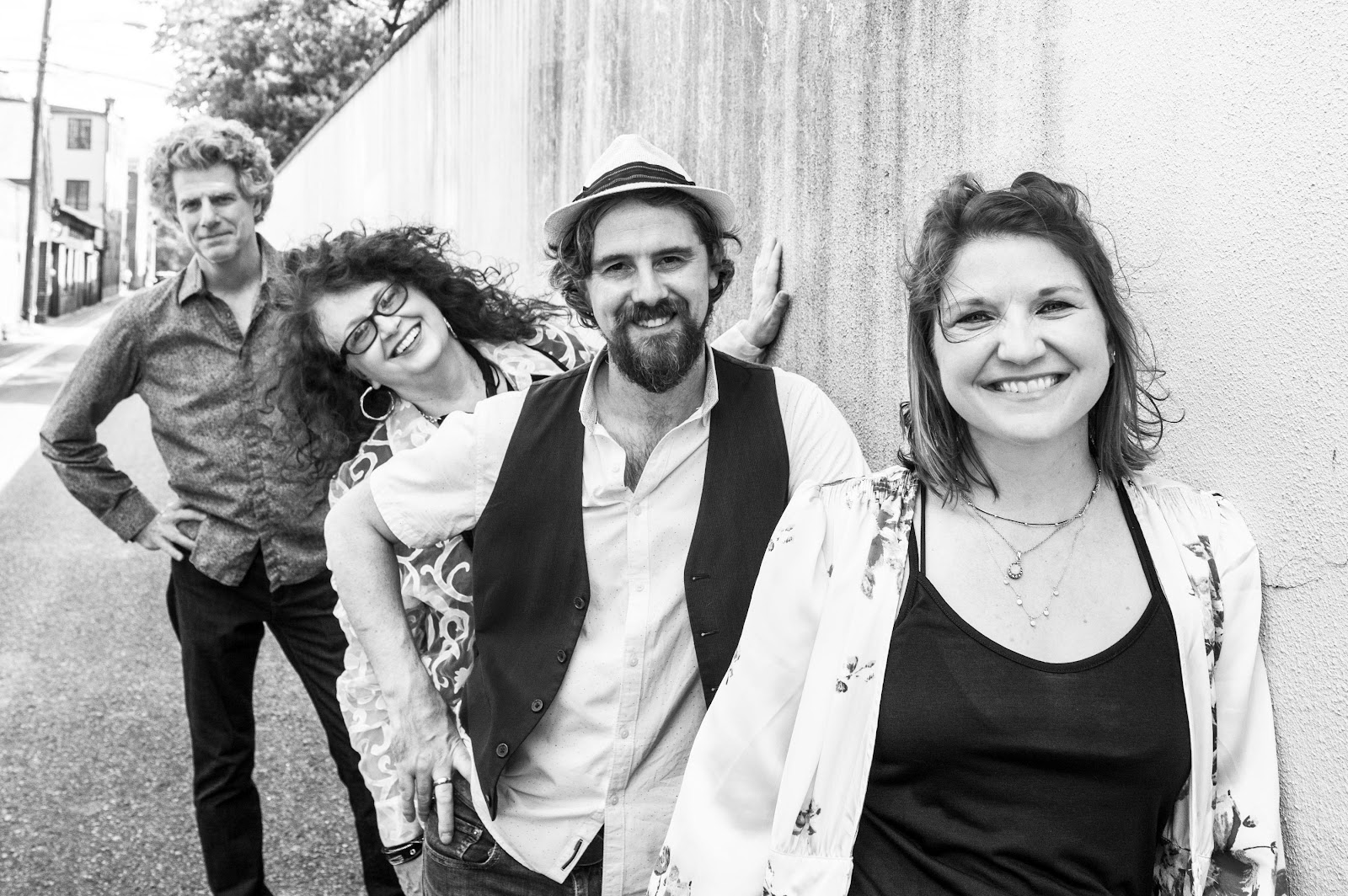 Music is in a unique position to drag people out of 2020’s many traumas, and the 19th Street Band is a wonderful example of a band focused on positivity and forward movement. In the face of massive difficulty, the band has managed to both stay afloat and add to their fanbase through a series of at-home livestreams, where the band’s leading membres, Meghan and Caolaidhe Davis, perform their favorite originals and covers for an ever-growing audience on Facebook.

Those livestreams, playfully dubbed Health and Happiness, have kept their audience in touch — by every stretch, fans of the 19th Street Band are a very close group. In past years, busloads have traveled with them from America to Ireland for their Kickin’ Up Dust Tour. They were hoping to bring even more fans this year, who have taken on the Dusters moniker after last year’s tour.

Meghan and Caolaidhe stressed how important playing gigs is to their band. Interacting with fans and feeding off of their energy is crucial, and the static nature of distanced shows during the pandemic has been unnatural, made more challenging by jovial, drunk fans.

“We never thought we would ask people to stop dancing,” Caolaidhe says. “The more people drink the more they forget about the pandemic, so you gotta put your mask on at all times to make sure people know.”

“We’re huggers,” Meghan says. “We love talking with our audience, and it’s hard to show our appreciation and still keep our distance. It’s a barrier we’re all facing right now.”

The band is made up of Caolaidhe on guitar & vocals, Meghan on fiddle,mandolin, and vocals, Patty Doughtery on drums and vocals, and Greg Hardin on bass and vocals. They’ve been able to play some shows in the last few months, but it hasn’t been nearly what they had planned.

Helping supplant that fan interaction has been the Health and Happiness show — they’ve been able to chat with fans across the globe in a time where they can’t get together and celebrate.

“People sit down and get their bottle of wine open, and they drink and talk with people who never get to see each other,” Caolaidhe says. “It creates a little community of itself which is really cool.”

“We’ve set up a virtual tip jar and people tip the band.” Meghan says. “We can’t thank everybody enough. People are so generous, and that’s what feeds the positivity.”

“As times get back to normal and everyone gets a vaccine, we’ll keep it going every week until then,” Caolaidhe says. “We have the idea that when everyone gets vaccines we’ll take the Health and Happiness show on the road and play in fans’ kitchens.”

Their excitement for constant innovation is part of the band’s mindset of positivity — they reiterated multiple times how thankful they are to be able to play music for a living; even a pandemic can’t keep them down. Their new album, Diamond in the Rough, released in October has been well-received.

“It’s been played in 100 different BBC radio stations, so we’re getting airplay,” Meghan said. “We’ve set up an online shop where people can buy online from the 19thstreetband.com with merch. Our state of mind is adapting and finding new ways to do business.”

Especially notable about the album is the network of legendary artists it connects them to — famed songwriter and guitarist Phil Donnelly, who was a key part of the recording process.

“[Donnelly] contacted us a few years back and invited us to come record three songs that he had written for John Prine as a chance to open the door for us as a band,” Caolaidhe says. “We jumped for joy to be able to get those two songwriters on the album.”

The three songs, “The Cajun Rock and Roll Stanza,” “Your Love is Like the Lone Ranger,” and “I’ve Been Waiting” are the final tracks of the album and end the project on an upbeat note.

They both expressed so much gratitude to Donnelly and Prine, who have each passed in the last year, for their help in the production of Diamond in the Rough and their massive contributions to music in general.

“The band was really caught in an emotional crisis for a moment,” Caolaidhe says. “We’re so thankful to have been able to do that with Phil Donnelly and record the songs and work with them. It’s like someone reaching out and giving a helping hand.”

As shown by these collaborations, it’s clear their positivity and empathy are getting them places. Donnelly has helped create so much legendary music, notably with Prine and Johnny Cash, and it spoke volumes for him to give 19th Street Band the assist.

Going forward, expect more cheer and excitement from the 19th Street Band; the next tour season is shaping up to be a wonderful one given their constant growth, cheery attitude, and impressive, danceable music.

@michaelgormannn on Twitter Kaytranada, Erykah Badu, and Mach-Hommy are my top artists. Recent AOTY's include Isolation, BUBBA, SUPERGOOD, Call Me If You Get Lost. Colorado College '21 View all posts by Michael Gorman