One of the first impressions you’ll get from Billie Essco’s music is his desire to think critically about the world around him. That willingness to challenge norms and think outside the box, all while keeping up a massive creative output, makes Essco one of the most exciting names in both fashion and hip-hop. 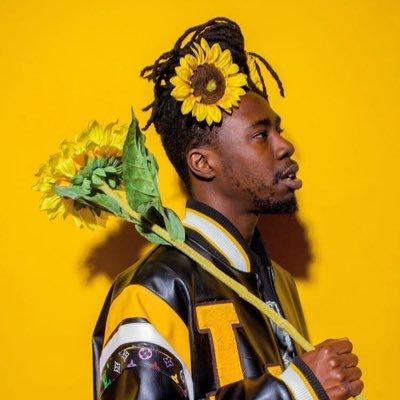 He specifically mentions attending Fashion Week 2020 in Paris with this rap’s breakout star and good friend Westside Gunn as inspirational for his career — it evolved his latest album Esscargot from appetizer to main dish. The album came to speak for the “free moments in life and less about the hardships I had to overcome in a sense.”

That freedom allowed for an impressive album to take shape, one that displayed an ever-hungry talented young artist, willing to try new styles in the name of expressing himself and inspiring others. While the trademark gritty Buffalo sound appears in spades on this project, he throws all sorts of interesting hooks into the production of the album, leaving no dull moments.

The week was massive for his development: “My perspective as a man and a being grew larger, and my connection with the world grew fonder. Paris always was a place I wanted to go for my soul, but going really solidified its importance in my narrative.”

In a testament to the “power of good nature,” Fashion Week also contributed to his professional development, when artist Jordan Tordjman stepped on his brand new sneakers at the Off White fashion show. Essco says the awkward introduction turned into a beautiful relationship, as Tordjman ended up commissioning the painting that became the cover art. It’s a beautiful cover, projecting Essco in a majestic light.

That majestic light is one that has been cast all over Buffalo this year, as Griselda, who Essco describes as “cool ass older cousins you can’t wait to link with and learn from at the family gatherings,” has shown the world their talent with a flurry of gritty albums.

He also spoke about several female rappers coming up in the city, citing Armani Caesar as a “beautiful entity” that is “undoubtedly Buffalo.” But further than Caesar, Griselda’s ‘First Lady’ he spoke on several other rappers that are poppin’ these days.

“There’s a bunch of female artists that have been grinding for a while like LOVE THE GENIUS, who’s signed with Conway [the Machine]’s Drumwork. She’s actually one of the first Buffalo artists ever to have a major deal. She was signed to the So Def record as a teenager. You got Shanta Fanta, Che Noir, who’s on fire. Even up-and-coming acts like Chango4 and Way2WavyBaby, who’s orchestrating a real movement in the town.”

“Buffalo is showing people what staying down and staying yourself will get you if you combine that will, hard work, and good art. Literally everybody who’s been bubbling in Buffalo has been at it a minimum of five years. We’ve all been in the Euro League while the NBA kept on going.”

He furthered the metaphor that Buffalo is a hotspot of talent that hasn’t been appreciated by the mainstream just yet:

“Buffalo art comes from a place so many people in America aren’t aware of because the lights of the big city tell you which way to shine instead of figuring out how to generate your own light. We can answer questions some people forgot to ask, artistically speaking.”

Answering questions people forgot to ask is just one piece of evidence that shows his ability to think critically with confidence.

“I got a Bachelors in Fashion Design and Art History, so it helped provide a solid understanding of the realm it exists in. But it also taught me how to critically think. American academic institutes only really teach you the preliminaries. It taught me to go deeper in thought and theory to figure shit out in a way you understand for yourself — not just someone teaching you out the book word for word.”

He spoke on his brands, CAFE + CZEN, as two ways to inspire people. While ideologically combined, the two are separate in function, thus the “CAFE + CZEN” moniker.

“CAFE started as an idea to inspire people to develop their ideas and taste. The website serves as the theoretical CAFE space. Each room is designated for a certain type of artistic practice that, when combined, will represent and explain the ‘ingredients’ for a person’s ‘taste.”

Taking such care to curate a space for people to express themselves is just one facet of his generous personality, and his enthusiasm for thinking outside the box is purely inspirational.

Thank you to Billie Essco for the interview! Check him out on social media and streaming services, as well as his website.

@michaelgormannn on Twitter Kaytranada, Erykah Badu, and Mach-Hommy are my top artists. Recent AOTY's include Isolation, BUBBA, SUPERGOOD, Call Me If You Get Lost. Colorado College '21 View all posts by Michael Gorman